3 Reasons to Get "Smart" & Ditch Keys for Apartment Building Access

It's something most people will do more than once every day, most times without ever giving it a second thought: using a key to open a lock. 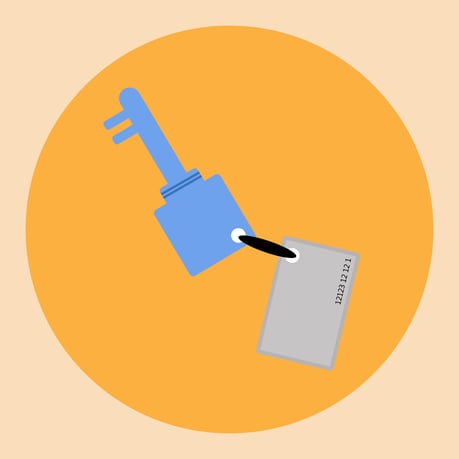 Whether it's to open a locker at the gym, start your car or get into your apartment at the end of a long day's work, keys have long been the standard for locking and unlocking doors.

The old adage states, "if it ain't broke, don't fix it." However, the fact that something "ain't broke" doesn't necessarily mean it can't be made better.

Many people, particularly those who live in single-family homes or small apartment buildings, don't realize how much of a hassle keys can be, as they only have a few for their front door, back door and garage.

But for those who manage multifamily buildings like condo complexes or high-rise apartments, the stresses of life with hundreds of keys are all too familiar.

Keys getting lost. Keys getting duplicated. Outgoing tenants failing to return keys. The list goes on and on.

For the sake of convenience and security, now is a great time for multifamily apartment buildings to look into leaving keys behind and getting "smart" by using smart cards or other contactless access credentials for their access control programs.

Whether you're the head of a condo board at a complex in Key Largo or the building superintendent for a high-rise tower in Manhattan, there's a better way to give your residents convenient, secure access to their homes.

Reconsidering keys is the "smart" thing to do

Before we get into why you should turn your multifamily residence into a smart facility, it's important to understand what we mean when we're referring to when we discuss smart and contactless credentials.

What are smart and contactless credentials?

The credential is programmed to talk to the reader, which in turn validates the credential's access permissions in a software system, thereby granting or denying access.

Smart credentials come in a variety of different technologies, including the common MIFARE Classic® 1K format.

It's important to note that other credentials that aren't officially known as "smart" can be used in similar situations, including contactless credentials like proximity cards and fobs.

Now that you have a better idea of what the heck it is we're talking about, it's time to discuss how these smart credentials can improve things at your building.

1. Smart/contactless credentials allow for custom-tailored access, unlike "one key fits all" doors.

With the exception of some locks that have master keys, each key is unique. This is obviously necessary for security reasons, but it creates a lot of work for building managers.

Think about it: if an apartment building has 100 units, that's 100 unique keys floating around. That's 100 keys to manage, 100 keys to keep track of. Throw in another key for the mailbox, and all of a sudden your number doubles.

The main problem with keys is that they're not able to adapt to fit different situations. A key is a key: it opens the lock it's cut for, and that's that.

So in apartment complexes where residents need to pay for access to the pool or fitness room, the key that opens their unit isn't going to be able to get them in the gym.

Another room, another key...

Even though the fobs look the exact same, the data powering them is different, allowing the uses to be custom-tailored to meet individual needs.

2. Smart credentials are more secure and more difficult to duplicate than keys.

It's right there on many keys: "DO NOT DUPLICATE."

However, like "DON'T WALK" symbols at New York City crosswalks, the "DO NOT DUPLICATE" order is one that is rarely followed.

To make matters worse, the words printed on that key are often your only line of defense against unauthorized reproduction of keys.

It's a disconcerting thought: the key one of your tenants received to get in the gym could be duplicated and passed out to his or her friends to avoid paying the monthly fee, and there's really not much you can do about it.

With smart credentials, such concerns are nixed by the fact that the credentials are extremely difficult to duplicate.

In fact, most people don't possess the technological know-how to pull off duplicating a smart credential.

By cutting down on the number of duplicate access credentials at your apartment complex, you're creating a safer environment for all tenants.

3. Smart credentials allow for access to be revoked with a few clicks.

It's enough to keep a property manager up at night:

"I lost my key, can you give me another one?"

For the resident, it's a minor inconvenience. For management, it's a can of worms that can cause a number of headaches.

A lost key is, essentially, a huge liability in terms of security. If your resident loses a key in the park across the street and it's found by a stranger, that stranger now has access to parts of your facility.

While it's true that to use the key, the finder would need to either know what it was for or test every door at your site, it's still more of a risk than it's worth.

The same is true of tenants moving in and out of apartments: if a tenant moves out and returns his or her keys, there's really no guarantee that he or she doesn't still have an unauthorized copy of the key.

Does that make you feel safe and secure?

One of the major benefits of smart credentials is that they can be "turned off" instantly; all it takes is a few clicks in an access control system to render a credential little more than a nice decoration or a way to scrape ice off of a windshield.

If a resident loses his or her key fob, for example, the property manager can simply look up the resident in the system, locate the fob associated with that resident's record and deactivate it — because of the "smart" capabilities, that lost credential has gone from a security vulnerability to an afterthought with just a few clicks of the mouse.

Interested in learning more about how to make your apartment building "smart" by leaving keys behind? Browse our offering of smart credentials, or contact us for more information on what options are available for your situation.